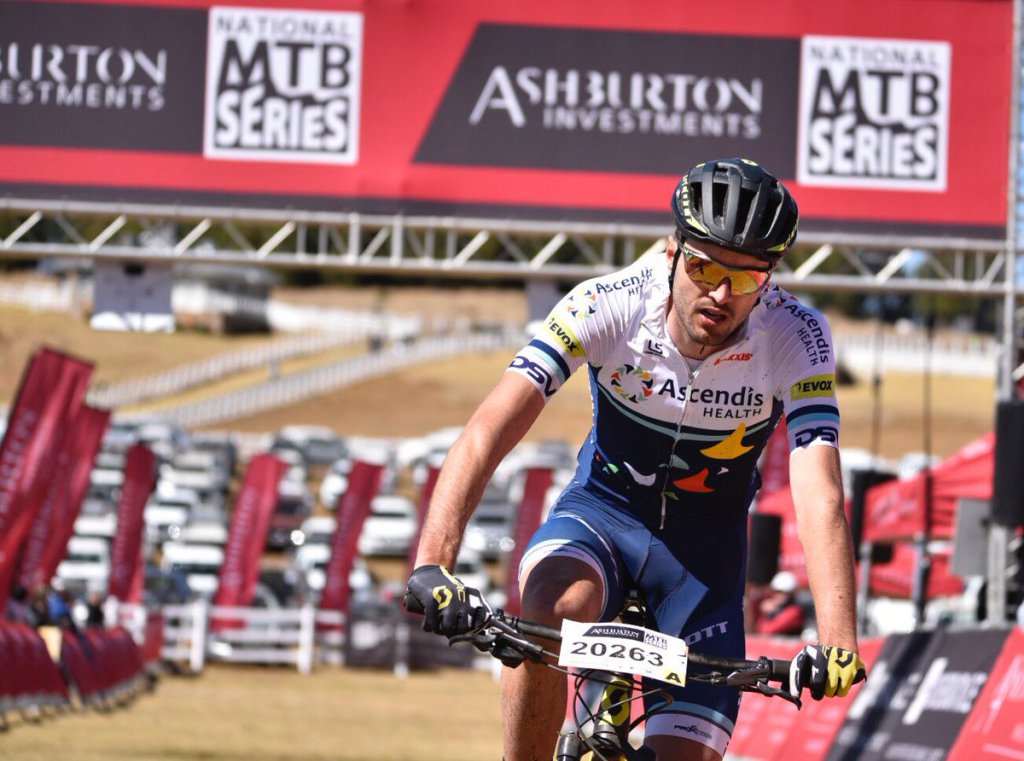 Gert Heyns battled back from a slow start to win the first stage of the sixth round of the National MTB Series, which took place in Dullstroom, Mpumalanga, today.

“I was really hoping for a win today, but I didn’t expect it,” admitted Heyns, who finished third at the previous round in Van Gaalen two months ago.

“I actually felt a bit better at the last round, I thought I had better form then, but Matthys (Beukes) and Brendon (Davids) were really strong there.”

The Ascendis Health rider started the 74km marathon event on the back foot and, 20km in, was some distance off the front in fifth.

“We hit the downhill where Matthys and Dylan (Rebello) punctured and that’s where I managed to make up some time,” he said.

The 24-year-old caught up with NAD Pro’s Nico Bell at the base of the descent and together the pair worked to catch PYGA EuroSteel’s Philip Buys.

“When we caught him the last 20km was a tactical battle between us. It was difficult for any of us to get away,” said Heyns.

Not wanting to take his chances in a sprint finish, Heyns put in an early attack to put some distance between him and the other two.

Looking ahead to tomorrow, he said he would be wary of Beukes, second in the overall standings, after a puncture ruled him out of today’s competition.

“I think Matthys should be really strong after today, Philip and Nico as well. I’ll have to give it my best to stay with them,” he said.

The shorter 51km stage would suit him bette and with a 17-second gap between him and Bell, Heyns said the goal would be to defend his lead and take the overall win.

“Today was very close and tomorrow could be even closer. I like the shorter route so I’m really looking forward to tomorrow.”

It was a different scenario in the women’s race as Candice Lill led the field from start to finish, despite having to deal with a puncture. She finished ahead of Samantha Sanders and Yolandi du Toit.