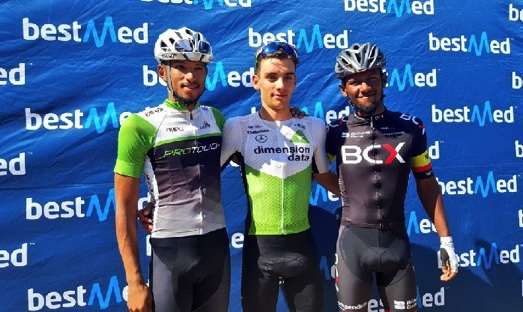 Team Dimension Data’s Matteo Sobrero won the 143km fourth stage of the Tour of Good Hope, which took place in and around Paarl today.

The Italian won the race in 3:38:42, beating ProTouch’s Reynard Butler and BCX’s Clint Hendricks into second and third respectively.

The peloton all grouped back together again at the 46km mark. BCX’s Nolan Hoffman was first through the hot spot.

Main won the final King of the Mountains challenge, with De Bod and BCX’s Marc Pritzen having followed.

At the 105km mark, 13 riders made a break, before it was reduced to eight with just eight kilometres to go. Sobrero then managed to outlast the rest in the final stretch.

Article by: In the Bunch