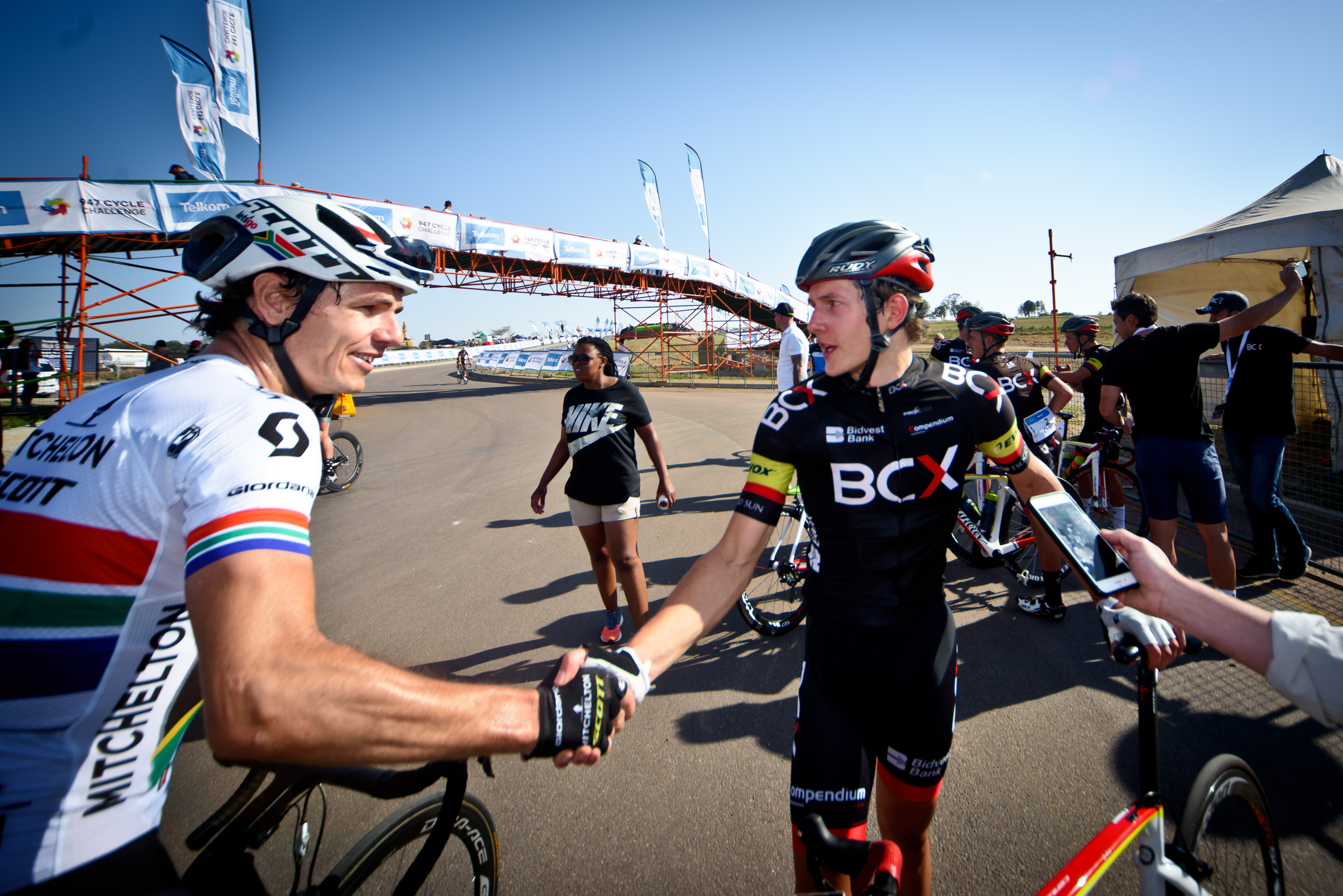 Brandon Downes achieved possibly the biggest result of his career when he won the 947 Cycle Challenge in Johannesburg today.

BCX’s Downes soloed to victory, completing the 94.7km route in 2:15:26. Hot on his heels were his teammate Steven van Heerden, who trailed him by just two seconds, and officeguru racing’s Dylan Girdlestone, who ended four seconds behind.

Downes originally joined BCX at the end of last year to play more of a supporting role. So winning today in arguably South Africa’s second biggest one-day classic was a surprise, he said.

“I’m extremely happy and it was very unexpected. I’m over the moon to get the win today,” Downes told In the Bunch today.

“It’s a massive achievement and I don’t think it’s even sunk in yet.”

He said he entered the race with the same objective as he did every other event: to play a supporting role for the team’s sprinters.

It was that role that indirectly enabled him to get ahead, Downes explained.

“I rode across to the break early in the race and we worked well together, before it started to split up a little going into town and over the Mandela Bridge.

“I think the other guys in the break started to get a bit tired and then I took a turn at the front, looked over my shoulder and saw I had a gap with another guy.

“From there I told him we should just keep our heads down, keep pushing and make the bunch work as hard as possible.”

Fortunately, Downes said, the bunch “sat up slightly” and the break managed to increase their gap.

Heading into Kyalami with 25 to 30km left, Downes decided to make a decisive move.

“I thought it was ‘either now or never’ so I made a move and went into Kyalami solo and from there I managed to solo to the end.

“The plan was still to ride for our sprinters, but obviously having someone up the road for as long as possible was helping them.

“That played to my favour and I managed to stay away.”

The 27-year-old created a sizeable gap after soloing ahead, but his gap dwindled after the assurance he created for Van Heerden.

“Steven and Dylan broke away, but with Steven having me up the road he was in a fortunate position where he didn’t have to do too much work.

“Dylan was doing the majority of the work and I was starting to tire towards the end.

“The gap did come down, but coming into the last one or two kilometres I was fairly confident my lead was big enough to hold them off,” he said. This strategy also saw van Heerden pip Girdlestone at the end.

Downes added: “It wasn’t my sole purpose to win the race this morning, but I wanted to put in a good performance.

“If you put in a good performance the result generally follows, but I still very much wanted to play a supporting role for my team.

“But a win for the team meant just as much as just an individual win. I’m ecstatic that I was able to pull off that victory for the team.”

He said the route flip, which was introduced this year, suited him to “some degree” as the race started with a cluster of climbs.

“I was able to ride a hard tempo up some of those climbs and the route flip made the race quite interesting this year. It was never certain what type of rider would win the race.”

BCX will be discontinuing next year, Downes said, which meant this was his last race in their colours. He joins the newly-introduced TEG Pro-cycling Continental team for 2019.

Article from: In the Bunch