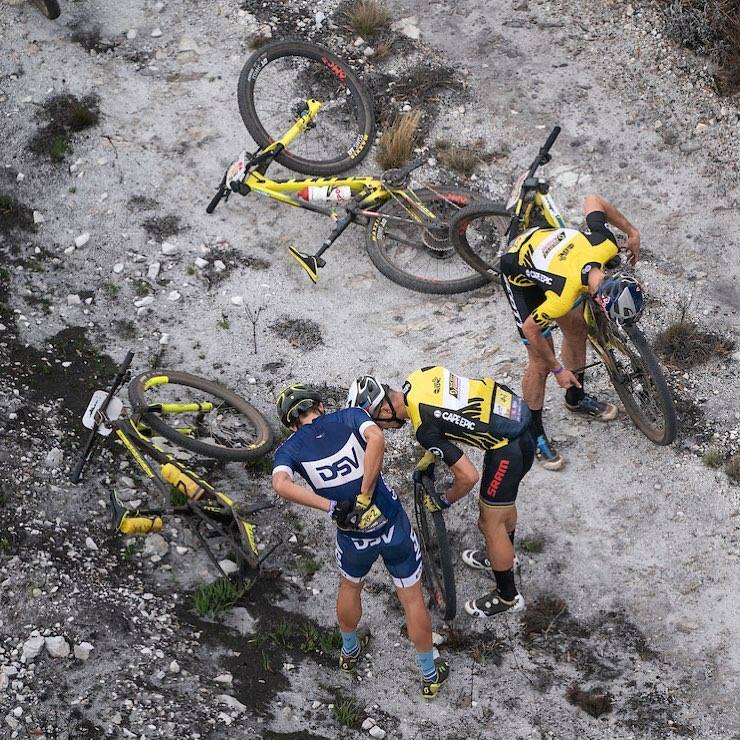 It’s not over until it’s over. A disastrous rear-wheel puncture saw Scott-SRAM MTB-Racing concede the Yellow Jerseys to Cannondale Factory Racing on Wednesday, proving once again that the Absa Cape Epic is won only when you cross the finish line at Val de Vie Estate during the Grand Finale.

Scott-SRAM MTB-Racing, under the ice cool leadership of Nino Schurter, stayed calm as they worked to repair the tyre while the field streamed past. However, they could not make the repair and were forced to descend on the rim toward the Houw Hoek Hotel water point at 60km. Team DSV Pro Cycling Arno du Toit and Julian Jessop eventually caught them and gave them a wheel, but by then they had already lost a staggering nine minutes.

Schurter and Forster put in a phenomenal effort over the last 40-kilometres to limit their losses, eventually reducing the nine minutes down to 6:45 al thanks to DSV Pro Cycling.