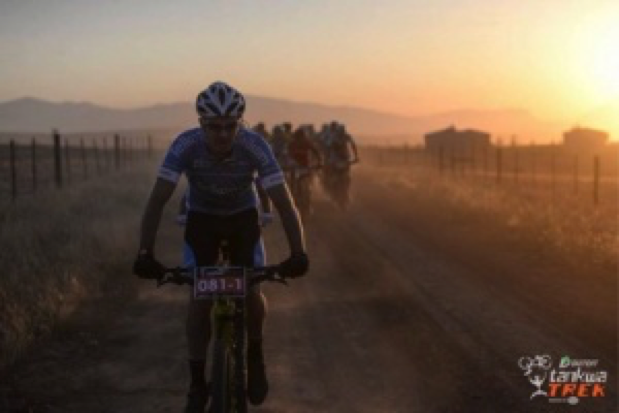 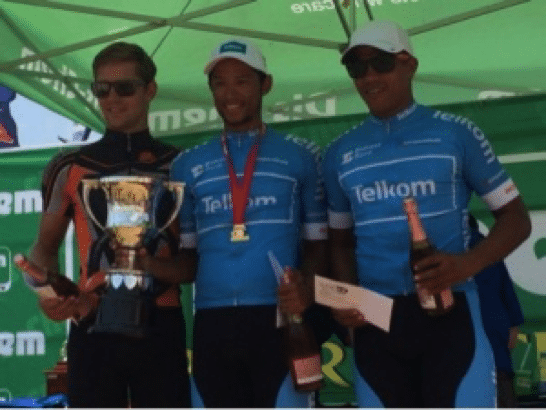 Butler wins Dischem Ride for Sight, Van Niekerk 3rd at SA Champs and our mounties have a run-in with lady luck

Team Telkom spread themselves far and wide this past weekend with Johann Rabie and HB Kruger tackling the tough 3 day Du Toit Tankwa Trek near Ceres; Nolan Hoffman and Reynard Butler representing at the Ride4Sight in Boksburg; whilst Morne van Niekerk and Aidan van Niekerk, assisted by David Maree, made a bid for the South African National Under 23 Title in Durban.

Off road it was looking good as the Telkom duo came home first South Africans on day 1. But Lady luck would turn nasty and due to some technical mishaps the team was left limping through much of the race coming home mid pack nursing their equipment.

On Sunday Morne van Niekerk brought a smile to the Telkom camp when he survived a momentous battle amongst WorldTour riders at the South African Road Cycling Championships to round off the podium for 3rd, finishing just seconds behind eventual Under 23 winner, Stefan de Bod.

But back in Boksburg was where the Telkom blitz struck as Reynard Butler and Nolan Hoffmann made it a one-two for Telkom, sprinting against the likes of former Argus Cycle Tour winners, Tyler Day and Herman Fouche!

This coming weekend another possible sprinters duel awaits 5 members of the team as they race Macsteel Carnival City Classic whilst the MTBers face the second leg of the National Mountain bike Series in Sabie.