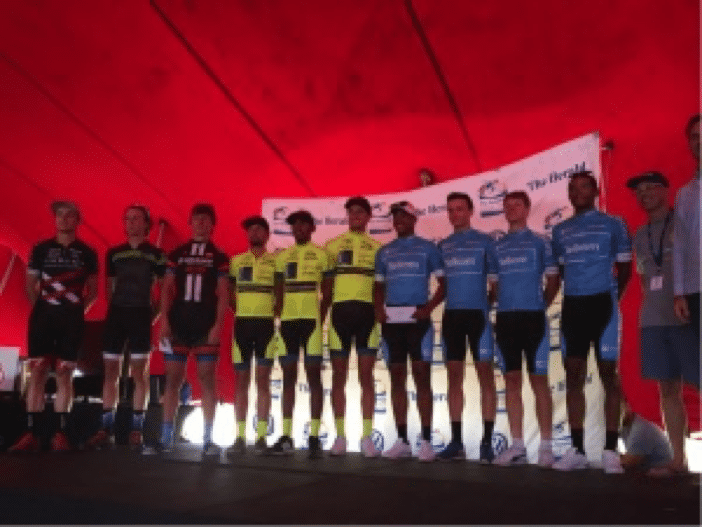 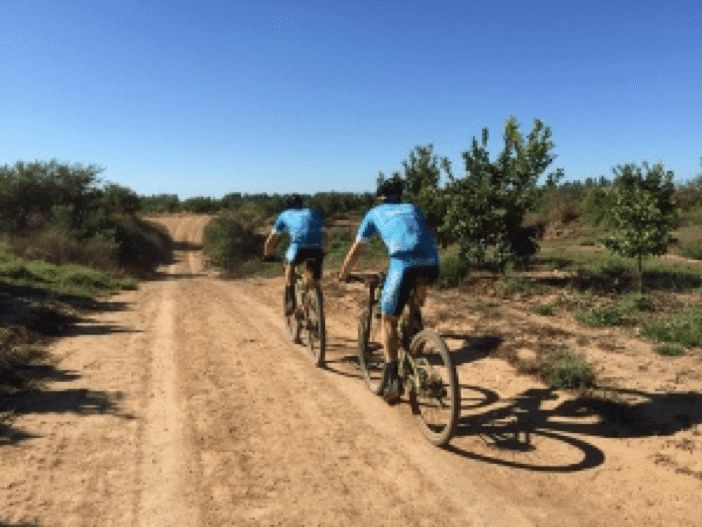 Rabie the king of dirt, Hoffman of tar and Kruger the best of both in a Telkom Blitzkrieg of Port Elizabeth

Team Telkom painted Port Elizabeth blue this weekend with a high speed roll out of note as they snatched most of the prizes on offer over the weekend of cycling presented by The Herald and Volkswagen.

A break of three, Butler(Team Telkom), Bonthuys (Lights by Linea) & Jaco Pelser(Rockets), went early in the 106km road race. Team Telkom had a clear plan with this  and after a crash in the bunch, took advantage of the confusion and strong crosswinds to bridge to the front group with Hoffman, Kruger and Van Niekerk. For company they had Team Giant’s Bernard Esterhuizen and Lights by Linea’s Rohan Du Plooy. It wasn’t over yet and again the team set about reducing the front group until only the four Telkom riders and Lights by Linea’s Rohan du Plooy were left at the front. The constant attacking later saw Du Plooy too fall prey to the team’s onslaught and the four Telkom riders proceeded with a team time trial to the finish where Hoffman took the win ahead of Butler and Van Niekerk.

The road race was the culmination of a weekend of racing which saw the team’s mountian-bikers take a one-two in the tough MTB race the previous day as Johann Rabie led Kruger home for the win. Kruger was also crowned the winner of the Ultimate Quest as the rider with the fastest combined time for both the MTB and road events.

The team splits up in the coming week as sprinters Hoffman and Butler head to the Ride for Sight for a sprint showdown whilst the two Van Niekerk’s head to the South African Road and Time Trial Championships, supported by Maree. Rabie and Kruger exchange road for dirt once again as they tackle the Tankwa Trek Three Day tour in the build up to the Cape Epic in March… Gauteng, KZN, Western Cape, Team Telkom everywhere…