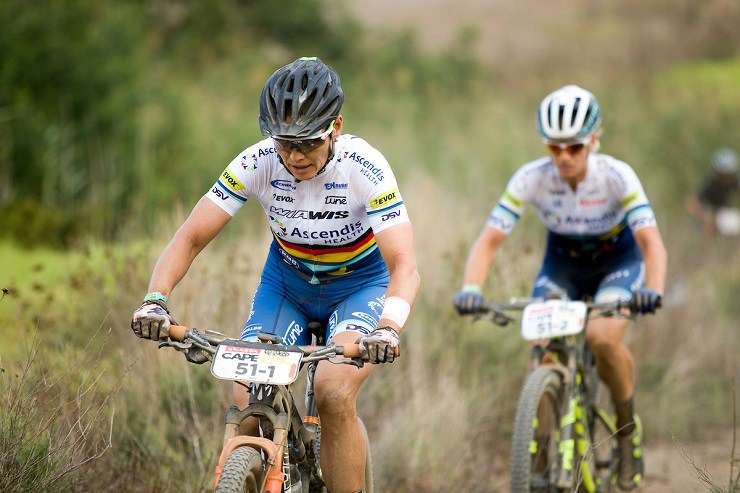 Spitz crashed her bike and snapped her handlebars 15km from the finish on stage six. Much time was lost trying to fix the bike, which cost them dearly in terms of the general classification.

Despite winning four of the eight stages, the Team Ascendis Health pair placed third on the final standings.

“It does feel a little surreal to have won four stages and still finish third overall,” De Groot said today.

“We made a formidable team and we really raced well together. That’s why Lange Sports have paired us up again for 2018.”

De Groot showed a lot of admiration for Spitz, a former Olympic gold medallist, after the race last year.

“We both couldn’t believe what had happened in that crash,” she said. “There was no time to waste. It was amazing how we started looking at options to make the bars rideable again.”

De Groot has battled with injury in recent times but said her preparations with Spitz were on track.

“She has helped me through this injury, both mentally and physically. Her preparation is going well and she has really enjoyed exploring more of South Africa on her bike.