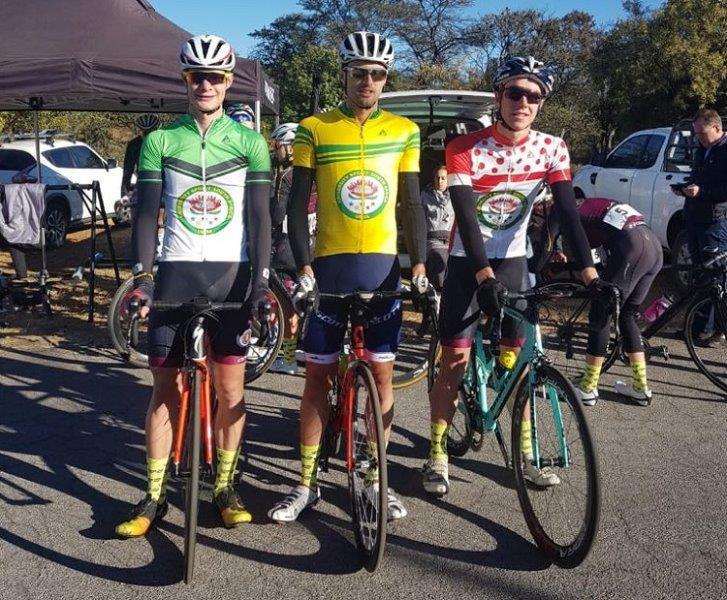 Gert Heyns won his third USSA Cycling Championships title in a row when he posted a final general classification time of 6:48:53 in Pretoria on Friday.

Heyns, who rides for the DSV team, had won the Knysna Cycle Tour MTB race the previous weekend.

“I’m very happy about this win, especially because it’s the third one in a row. It’s a great result for me and the team,” Heyns told In the Bunch after the three-day USSA event.

Stellenbosch won the team classification with a GC time of 20:29:34, ahead of UCT. It was the fourth team win in a row for Maties.

Heyns won the individual time-trial and the “queen” stage road-race and was second in the hill climb.

“It was a good way to test my form for some road racing,” he said. “I don’t get many opportunities to race on the road because I’m more of a mountain-biker.”

After the first day, when the short road race and ITT were decided, Heyns was second behind Lloyd on the GC.

On the second day he won the 135km road title in a race he described as “aggressive”.

“It was probably one of the hardest I’ve done and definitely the hardest USSA stage; tougher than in the previous two years.

“The strong winds were a factor. UCT were quite strong in the crosswinds and put the bunch under a lot of pressure. At one stage [Maties] were outnumbered; only three of us against several UCT riders.

“A breakaway of about three riders got away. We let them go but reeled them in towards the end. Then there were many attacks from within the bunch, but we managed to close everything down.”

With just over a kilometre to go, Heyns and Freyer got away. “It wasn’t by much, but we sprinted it out to the finish. Fortunately, I was able to take it. That also gave me a few time bonuses, which put me in the yellow.”

Heyns said he had laboured through the tour with a slight stomach bug, which had begun to take its toll on the third day.

“I was a bit tired in the criterium. I didn’t feel as comfortable on the bike as I usually do, but I managed to stay in the bunch.

“Alex Worsdale from Tuks won it, so it did not really affect the overall standings much.

“I then came second in the hill climb, which clinched the title for me,” he added.

“Tactics played a big role and Maties did well in that respect. We have quite a strong team.”

Maties had a successful three days, winning the overall yellow jersey (Heyns), sprinter’s jersey (Lloyd), as well as the King of the Mountains jersey (Ben Fish).

Heyns has now set his sights on this weekend’s SA marathon championships in Grabouw.