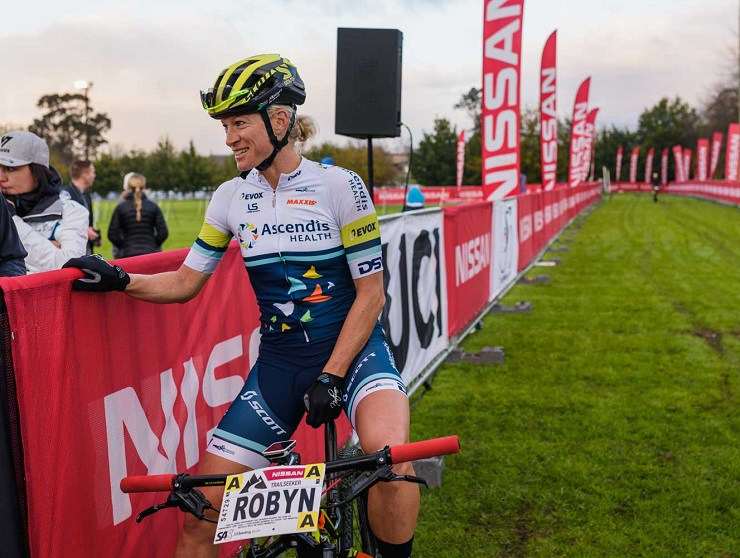 De Groot, who rides for Ascendis Health, completed the 90km course in 4:17:34, beating Amy McDougall of dormakaba SA into second by eight minutes.

Having suffered a few setbacks during the season, De Groot said she surprised herself on the day.

“I don’t think I really believed or realised what had happened when I crossed the line,” De Groot told In the Bunch today.

“It was obviously a big goal for the year; I have been working towards it. I did have some setbacks, which didn’t make it any easier.

“But you just never know,” she said. “Somehow I ended up having a good day. It only started setting in after I arrived home.”

De Groot is no stranger to wearing the national jersey, but said: “Being the national marathon champion is always regarded very highly. It is a prestige to wear the jersey and I have always taken it seriously. It’s always a privilege.

“This was a special win. One always wants to be an ambassador for the sport.

“I was questioning whether all the hard work I had put in, both on and off the bike, was going to be rewarded. I’m very proud.”

During the first quarter of the race, De Groot was slightly on the back foot, but she caught up on the first climb.

“I dropped the pace and I was about 30 seconds behind,” she recalled. “After catching up there were three riders ahead of me ‒ Sarah Hill, Samantha Sanders and Amy.

“We rode together for a while until I managed to get a gap on the third climb. From there I just tried to keep it constant, stay safe and ride at my own pace.

“Samantha and Sarah dropped away and then Amy and I rode together for a while before I broke away with about 40km to go. I just worked hard and tried not to back off until the finish.”

The route was “very muddy and dirty”, De Groot said, something she enjoyed in national championships. “It was a pretty exciting route.

“It was really slippery and muddy, so I didn’t take any risks. I stayed calm and rode within myself. I enjoyed the race a lot.

“I felt good throughout the race and it all panned out well. I had some battles with injury niggles earlier but fortunately my legs got the job done yesterday.”